From Africa to the Americas, the south to the north, cities to suburbs, opera to jazz, gospel to be-bop, and “shadows to fire”—discover “Ask Your Mama: 12 Moods for Jazz,” Hughes’ response to the riots at the 1960 Newport Jazz Festival. Emmy Award-winning composer Laura Karpman, originally commissioned by Carnegie Hall to create the first vocal performance of Hughes’ poem, created an orchestral composition with plural voices including Hughes’, projected images, and recorded selections drawn from a dozen musical traditions, in an epic tapestry evoking the turbulent flux of American cultural life. This special presentation of “Ask Your Mama,” adapted for the ALOUD stage, features Karpman, soprano Janai Brugger, pianist Victoria Kirsch, bassist David Young and vocalist Taura Stinson, and marks the release of a new recording of the orchestral work. 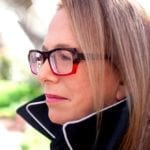 Commissioned by Carnegie Hall, Karpman collaborated with soprano Jessye Norman and The Roots on Ask Your Mama, a multimedia opera based on a text by Langston Hughes. It received a sold out premiere at Carnegie Hall in March 2009 and its West Coast premiere at The Hollywood Bowl, and was revived at the Apollo Theater in Harlem. Karpman is now working on an opera for Glimmerglass for 2016 and a work in collaboration with Rebecca Walker for the San Francisco Gay Men’s Chorus to premiere on 2015. She has just been awarded a grant from Opera America to develop an opera with NY Times columnist Gail Collins called Balls! based on the match between Billie Jean King and Bobby Riggs. 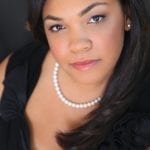 Janai Brugger’s extraordinary career as a soprano has taken her all over the world.  Her numerous accomplishments include a debut at Ravinia Festival under the baton of James Conlon with the Chicago Symphony Orchestra  and winner of Placido Domingo’s Operalia competition in 2012.  Brugger has performed in several operas with the Domingo Thornton Young Artist Program including: Le Nozee di Figaro, Rigoletto, and La Boheme, all of which were performed in Los Angeles.  Her 2014-2015 season includes an appearance at the Royal Opera House Covent Garden in London. 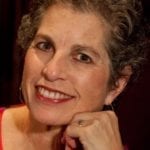 Collaborative pianist Victoria Kirsch is a lover of poetry, both spoken and sung. She curates and performs a wide range of text-based musical programs in a variety of local, regional and national venues. She also creates and performs exhibition-inspired concerts at local museums and galleries, including the USC Fisher Museum of Art, where she has presented yearly concerts since 2004 (Warhol’s World in Song, Yousuf Karsh: Hero of a Thousand Faces, Drawn To Language, The Poet’s Voice) as part of the campus-wide Visions and Voices program. Kirsch is the co-creator of This, and My Heart, a theatrical concert program based on the works of Emily Dickinson, and serves as music director of OperaArts, a Coachella Valley-based organization featuring operatic concerts with piano and orchestra. 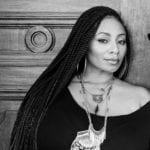 Taura Stinson is a veteran songwriter who has penned songs for Destiny’s Child, Kelis, Kelly Rowland, Deborah Cox among others, and has collaborated with numerous artists including Raphael Saadiq, Dr. Dre, Kanye West, Andre 3000. Taura has also written and produced several songs for films such as “Black Nativity” and “Epic,” and more recently served as lead lyricist for the animated film “Rio 2.” She is currently part of a Folk & B duo called Art Peace with Chrissy DePauw, and they are eagerly awaiting the release of their debut album “Free Music” due in October 2015. 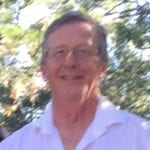 David Young followed his interest in music and the bass right into a performing and teaching career. Coming to Los Angeles in 1975, he has taught at a total of around a dozen schools, most consistently at the Colburn School in downtown Los Angeles. In his performing career he has played with most every orchestra in Los Angeles, settling upon the Los Angeles Opera. Developing and narrating children’s concerts complement his enjoyment of things like lecturing about the wonders of opera.

Thanks to Keyboard Concepts for generously donating the piano for this performance.