The Browns of California:
The Family Dynasty that Transformed a State and Shaped a Nation

Miriam Pawel, the Pulitzer Prize–winning journalist and author of the definitive biography, The Crusades of Cesar Chavez, continues to chronicle the fascinating history of California and the exceptional people who have shaped our state. In Pawel’s newest work, she demystifies transformative moments of California history—from the Gold Rush to Silicon Valley—as she considers the significant impact of one family dynasty. Beginning with Pat Brown, the beloved father who presided over California during an era of unmatched expansion, to Jerry Brown, the cerebral son who became the youngest governor in modern times—and then returned three decades later as the oldest, Pawel traces four generations of this influential family.  She will be joined on the ALOUD stage by Kathleen Brown, Pat’s youngest child and former California State Treasurer. Before Californians take to the polls for a very important November election, join us for an inside look at the past and present of state politics. 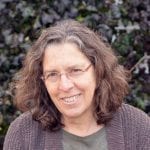 Miriam Pawel is the author of The Crusades of Cesar Chavez: A Biography, a National Book Critics Circle Award finalist and winner of the California Book Award, and The Union of Their Dreams—Power, Hope and Struggle in Cesar Chavez’s Farm Worker Movement. She is a Pulitzer-Prize winning editor and reporter who spent twenty-five years at Newsday and the Los Angeles Times. She lives in Southern California. 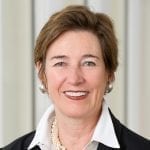 Kathleen L. Brown is a partner of the law firm Manatt, Phelps & Phillips, LLP and serves as a director of Sempra Energy, Stifel Financial Corp., Five Points Communities and Renew Financial. She served as California state treasurer from 1991 to 1995. Ms. Brown currently serves on the boards of directors of the National Park Foundation and the Mayor’s Fund-Los Angeles and on the Investment Committee for the Annenberg Foundation. She is on the Advisory Boards of the Stanford Center on Longevity and the UCLA Medical Center. Ms. Brown is a member of the Council on Foreign Relations and the Pacific Council on International Policy. 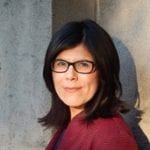 Natalia Molina’s work lies at the intersections of race, gender, culture, and citizenship. She is the author of two award-winning books, Fit to be Citizens? Public Health and Race in Los Angeles, 1879–1939 and How Race Is Made in America: Immigration, Citizenship, and the Historical Power of Racial Scripts. Her current book project examines eight decades of place-making, community formation, and gentrification in the historically multiethnic Los Angeles community of Echo Park. She is a Professor of History and Urban Studies at University of California, San Diego.

The Browns of California: The Family Dynasty that Transformed a State and Shaped a Nation/Photos

The Browns of California: The Family Dynasty that Transformed a State and Shaped a Nation 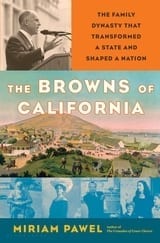 The Browns of California: The Family Dynasty that Transformed a State and Shaped a Nation by Miriam Pawel [HARDCOVER] – $35.00 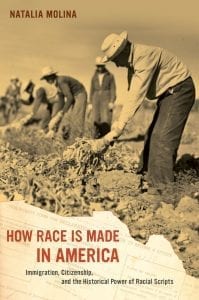 How Race Is Made in America: Immigration, Citizenship, and the Historical Power of Racial Scripts (American Crossroads) by Natalia Molina [PAPERBACK] – $27.95