Hiding in Plain Sight:
The Pursuit of War Criminals from Nuremberg to the War on Terror

Based on years of research and in-depth interviews with prosecutors, investigators, and diplomats—authors Alexa Koenig, Victor Peskin and Eric Stover examine the global effort to capture the world’s most wanted fugitives in their seminal book, Hiding in Plain Sight. The authors trace the evolution of international justice and how to hold accountable mass murderers like Adolf Eichmann, Saddam Hussein, Ratko Mladic, Joseph Kony, and Osama bin Laden.  The authors will also discuss the United States’ increasing reliance on military force to capture—or more often simply to kill—suspected terrorists, with little or no judicial scrutiny. 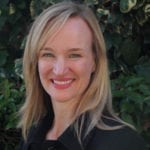 Alexa Koenig, JD, PhD, is the Executive Director of the Human Rights Center and a Lecturer-in-Residence at UC Berkeley where she teaches classes on human rights and international criminal law. In addition to co-authoring Hiding in Plain Sight, she is the editor, with Keramet Reiter, of Extreme Punishment: Comparative Studies in Detention, Incarceration and Solitary Confinement, and a contributor to The Guantánamo Effect: Exposing the Consequences of U.S. Detention and Interrogation Practices. 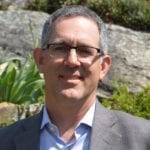 Victor Peskin is an Associate Professor in the School of Politics and Global Studies at Arizona State University and a Research Fellow at the UC Berkeley Human Rights Center. Peskin is a co-author of the recently released, Hiding in Plain Sight: The Pursuit of War Criminals from Nuremberg to the War on Terror. He is also the author of International Justice in Rwanda and the Balkans: Virtual Trials and the Struggle for State Cooperation, which was named a Choice Magazine Outstanding Academic Title. Peskin’s current work focuses on the politics of accountability in Kosovo and the role of the International Criminal Court in the Israeli-Palestinian conflict. Peskin received his doctorate in Political Science from the University of California, Berkeley. 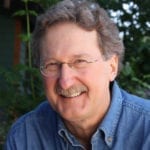 Eric Stover is Faculty Director of the Human Rights Center and Adjunct Professor of Law and Public Health at UC Berkeley. In the early 1990s, Stover took part in conducting the first research on the social and medical consequences of land mines in Cambodia and other post-war countries. His research helped launch the International Campaign to Ban Land Mines, which received the Nobel Prize in 1997. During the wars in Croatia and Bosnia, he served on several medico-legal investigations as an “Expert on Mission” to the International Criminal Tribunal for the former Yugoslavia.  He conducted a survey of mass graves throughout Rwanda for the International Criminal Tribunal for Rwanda in 1995. His books include A Village Destroyed, May 14, 1999: War Crimes in Kosovo; My Neighbor, My Enemy: Justice and Community in the Aftermath of Mass Atrocity; and The Witnesses: War Crimes and the Promise of Justice in The Hague. 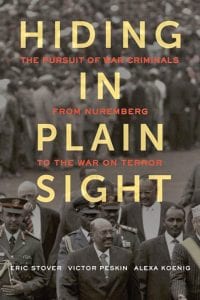 Hiding in Plain Sight: The Pursuit of War Criminals from Nuremberg to the War on Terror [Hardcover] $32.95
By Eric Stover, Victor Peskin and Alexa Koenig