Song of Myself:
Walt Whitman in Other Words

With all of its American idioms, virtues, and contradictions, what is it about Walt Whitman’s epic verse “Song of Myself” that so deeply resonates across other cultures and languages? In 2013, Christopher Merrill, the director of the International Writing Program at The University of Iowa, launched “Every Atom,” a multimedia project to collectively translate the poem in 15 languages, working with fellow poets and translators Luis Alberto Ambroggio and Sholeh Wolpé. Join us for a spirited evening of poetry and music, featuring a performance by internationally renowned musician Sahba Motallebi, as these collaborators explore how Whitman’s radical poetic vision lives and breathes in English, Persian, and Spanish. 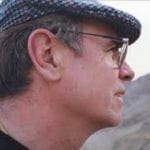 Luis Alberto Ambroggio is an internationally known Hispanic-American poet, author of seventeen collections of poetry, amongst them: Todos somos Whitman/We are all Whitman (2014), Difficult Beauty: Selected Poems 1987-2006 (2009), introduction by Pulitzer Prize winner Oscar Hijuelos, and The Wind’s Archeology (2011; 2013 International Latino Best Book Award). He is an appointed Member of the North American and the Royal Academy of the Spanish Language, with numerous recognitions and awards. His poetry, translated into several languages, has been included in the Archives of Hispanic Literature of the Library of Congress. 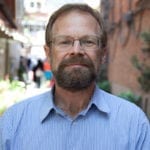 Christopher Merrill has published six collections of poetry, including Watch Fire, for which he received the Lavan Younger Poets Award from the Academy of American Poets; many edited volumes and books of translations; and five works of nonfiction, among them, Only the Nails Remain: Scenes from the Balkan Wars and Things of the Hidden God: Journey to the Holy Mountain. His latest prose book, The Tree of the Doves: Ceremony, Expedition, War, chronicles travels in Malaysia, China and Mongolia, and the Middle East. His writings have been translated into twenty-five languages and his honors include a Chevalier from the French government in the Order of Arts and Letters. As director of the International Writing Program at the University of Iowa, Merrill has conducted cultural diplomacy missions to over forty countries. He serves on the U.S. National Commission for UNESCO, and in April 2012 President Obama appointed him to the National Council on the Humanities. 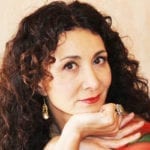 Sholeh Wolpé is a poet, writer, editor and literary translator whose work transcends the boundaries of language, gender, ethnicity and nationality. Born in Iran, she spent most of her teen years in Trinidad and the UK before settling in the United States. A recipient of the 2014 PEN/Heim Translation Fund award, 2013 Midwest Book Award and 2010 Lois Roth Persian Translation prize, Wolpé is the author of three collections of poetry and two books of translations, and is the editor of three anthologies. She lives in Los Angeles. 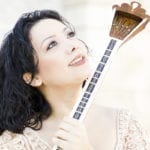 A virtuoso of Tar and Setar, Sahba Motallebi is an internationally renowned musician. A member of the Iranian National Orchestra, Sahba has been awarded the best Tar player by the Iranian Music Festival for four consecutive years. She has travelled around the globe presenting Persian music to enthusiasts in numerous countries. To date, Sahba has released a number of CDs and has composed numerous theatrical pieces. She is a graduate of CalArts in world performance music, and has been an ambassador of classical Persian music in the United States performing in prestigious venues such as Carnegie Hall and the Hollywood Bowl.

Song of Myself:
Walt Whitman in Other Words