A Seismographic Attention:
An Evening Of and On Poetry

The masterful poet and essayist shares her latest two works—Ten Windows: How Great Poems Transform the World, a dazzling collection of essays on poetry, and The Beauty, her newest book of poems—for a close look at poetry’s power to expand our perception of the perimeters of existence. Join Hirshfield as she walks us through many wonderful poems, examining how they work by tuning our attention, renovating language and unfastening the mind. 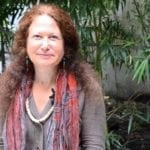 Jane Hirshfield is the author of six collections of poetry, including After, Given Sugar, Given Salt, The Lives of the Heart, and The October Palace, as well as a book of essays, Nine Gates: Entering the Mind of Poetry. She edited and co-translated The Ink Dark Moon: Love Poems by Komachi & Shikibu, Women of the Ancient Court of Japan, Women in Praise of the Sacred: 43 Centuries of Spiritual Poetry by Women, and Mirabai: Ecstatic Poems. In 2004, Hirshfield was awarded the 70th Academy Fellowship for distinguished poetic achievement by The Academy of American Poets, an honor formerly held by such poets as Robert Frost and Elizabeth Bishop. In 2012, she was elected a Chancellor of the Academy. Her newest work, published spring 2015, is a volume of poetry titled The Beauty, and a book of essays titled Ten Windows: How Great Poems Transform the World. 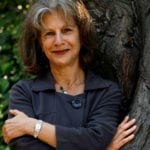 Louise Steinman is curator of the award-winning ALOUD series and co-director of the Los Angeles Institute for Humanities at USC. She is the author of three books: The Souvenir: A Daughter Discovers Her Father’s War; The Knowing Body: The Artist as Storyteller in Contemporary Performance; and The Crooked Mirror: A Memoir of Polish-Jewish Reconciliation. She will be a spring 2015 writer-in-residence at the Warsaw Bauhaus. Her work appears, most recently, in The Los Angeles Review of Books, and on her Crooked Mirror blog. 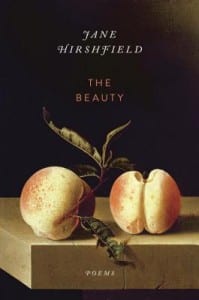 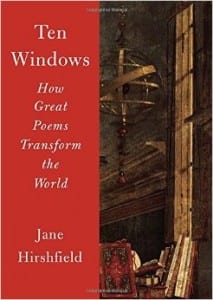