This program has been cancelled.

Inspired by Lake View Terrace Branch as the most eco-friendly space in the LAPL system, join us in the Valley for some fresh air and fresh voices sure to inspire all. Consummate soul man Chris Pierce and folk-punk musician Sunny War will perform. Pierce has released seven independent albums worldwide and his recent hit “We Can Always Come Back to This” was featured on the TV show This Is Us and charted at #1 on the Billboard Blues Chart. War, who became known for her street playing in Venice Beach, has now reached wider audiences with her soulful uncategorizable repertoire and has signed with Gibson Guitars and BMI. Plus, poet, essayist, translator, and immigration advocate Marcelo Hernandez Castillo will read from his award-winning work. 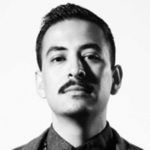 Marcelo Hernandez Castillo was born in Zacatecas, Mexico, and immigrated to California with his family at the age of five. He received a BA from Sacramento State University and an MFA from the University of Michigan. Castillo is the author of Cenzontle (BOA Editions, 2018), which was chosen by Brenda Shaughnessy as the winner of the 2017 A. Poulin, Jr. Prize. A founding member of the Undocupoets, he teaches poetry to incarcerated youth and also teaches at the Ashland University low-res MFA program. He lives in Marysville, California. 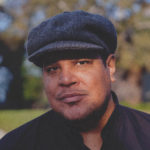 Chris Pierce is a musician and storyteller, who has released 5 independent albums coproduced with multi-Grammy award winner Seth Atkins Horan. In addition to his own headlining tours, Pierce has opened worldwide shows and tours for such artists as Seal, B.B. King, Al Green, and more. His voice and music have been heard in numerous films including Soul men and Crash as well as has been licensed by such T.V. shows as “True Blood,” “Grey’s Anatomy,” “Dawson’s Creek,” etc. Most recently, Pierce has been performing with Cold War Kids. 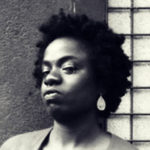 Originally from Nashville, TN, Sunny War (born Sydney Lyndella Ward) is an artist with a style that lies somewhere between Punk and early Blues. Described as a Robert Johnson with a shot of Bad Brains, War is known for her inimitable guitar technique mixed with her haunting vocal sound. As a solo artist she has opened shows for Booker T, Keb’ Mo’, Madeleine Peyroux, among others.

There is a free parking lot at the Hansen Dam Recreation Center as well as free parking adjacent to the Library.

ALOUD on PLACES This summer the Library Foundation of Los Angeles in Partnership with the Los Angeles Public Library are presenting 5 different programs in parks adjacent to libraries.  We’re bringing in music, speakers, performers, book bikes carrying curated books that reflect the entertainment that afternoon, library sign-up, and local food trucks.  We’re hoping that families picnic and enjoy the music and readings in a beautiful public space.  These events are meant to bring joy and fun to the community!