In conversation with writer and producer Attica Locke
Since We Fell
Tuesday, May 23, 2017 | 7:30pm

From searing stories of suspense to literary novels, historical fiction, and film and television scripts, no other writer today has such a wide-ranging body of work like Dennis Lehane. The international bestselling author and screenwriter is best known for his edgy, morally complex, and effortlessly masterful stories that often take place in his hometown of Boston. Now a resident of Los Angeles, many of Lehane’s novels have been adapted into award-winning films, including Mystic River, Shutter Island, Gone, Baby, Gone, and the recently released prohibition-era drama Live by Night. His new book, Since We Fell, follows the psychological drama of Rachel Childs, a former journalist who after an on-air mental breakdown, must reckon with the truths of her new reality. Join us for a special evening with Lehane as he discusses his latest work, his dynamic storytelling, and genre-breaking career with fellow book and screen writer Attica Locke. 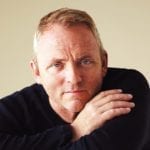 Dennis Lehane is the author of eleven previous novels, including the bestsellers Live By Night; Moonlight Mile; Gone, Baby, Gone; Mystic River; Shutter Island; and The Given Day. His novels have been translated into more than 30 languages and have become international bestsellers. Lehane was a staff writer on the acclaimed HBO series The Wire and a writer-producer on the 4th season of HBO’s Boardwalk Empire. In January 2017 Live By Night will be released as a major motion picture directed by and starring Ben Affleck. Lehane was born and raised in Dorchester, Massachusetts. Before becoming a full-time writer, he worked as a counselor with mentally handicapped and abused children, waited tables, parked cars, drove limos, worked in bookstores, and loaded tractor-trailers. He lives in California. 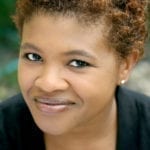 Attica Locke’s latest Pleasantville is the 2016 winner of the Harper Lee Prize for Legal Fiction.  It was long-listed for the Bailey’s Prize for Women’s Fiction, and made numerous “Best of 2015” lists.  Her first novel, Black Water Rising, was nominated for an Edgar Award, an NAACP Image Award, as well as a Los Angeles Times Book Prize, and was short-listed for the Women’s Prize for Fiction.  Her second book, The Cutting Season, is a national bestseller and the winner of the Ernest Gaines Award for Literary Excellence.  A former fellow at the Sundance Institute’s Feature Filmmaker’s Lab, Locke worked as a screenwriter before becoming a novelist. She was a writer and producer on the Fox drama, Empire.  She also serves on the board of the Library Foundation of Los Angeles.  A native of Houston, Texas, Attica lives in Los Angeles, California, with her husband and daughter.

All tickets will be available for pick-up the night of the program at will call. Please bring a photo ID. Tickets are non-refundable.

The author will be present for a book signing following the program.

Book Signing Policy:
ALOUD is one of many free programs at the Los Angeles Public Library made possible by the Library Foundation of Los Angeles. Most ALOUD author programs are followed by book signings. At least one copy of the author’s book must be purchased from The Library Store in order to participate in our post-program book signing, and you will be asked to show proof of purchase. Please be prepared to show your proof of purchase when you enter the book signing line. Proceeds support the Los Angeles Public Library.