Hitler in Los Angeles:
How Jews Foiled Nazi Plots Against Hollywood and America

No American city was more important to the Nazis than Los Angeles, home to Hollywood, the greatest propaganda machine in the world. There were Nazi plots to hang prominent Hollywood figures like Charlie Chaplin, gun down Jews in Boyle Heights, and plans to sabotage local military installations. As law enforcement agencies were busy monitoring the Reds instead of Nazis, an attorney named Leon Lewis and his ring of spies entered the picture. Acclaimed historian and USC Professor Steven J. Ross’ new book, Hitler in Los Angeles: How Jews Foiled Nazi Plots Against Hollywood and America, tells this little-known story of Lewis, whose covert operation infiltrated every Nazi and fascist group in the area to disrupt their plans. Ross will be joined by the Jewish Journal’s Editor-in-Chief Rob Eshman, for a fascinating look at how a daring group of individuals banded together to confront the rise of hate.

Steven J. Ross is professor of history at the University of Southern California and director of the Casden Institute for the Study of the Jewish Role in American Life. He is the author of Hollywood Left and Right, recipient of the Academy of Motion Picture Arts and Sciences’ Film Scholars Award and nominated for a Pulitzer; Working-Class Hollywood, nominated for a Pulitzer and the National Book Award; Movies and American Society; and Workers on the Edge. He lives in Southern California. 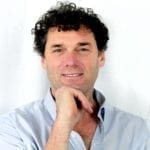 Rob Eshman is former Publisher and Editor-in-Chief of the Jewish Journal.

Hitler in Los Angeles:
How Jews Foiled Nazi Plots Against Hollywood and America 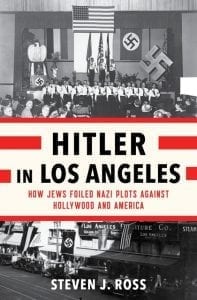