What the Eyes Don’t See:
A Story of Crisis, Resistance, and Hope in an American City

The dramatic story of the Flint water crisis is one of the signature environmental disasters of our time—and at the heart of this tragedy is an inspiring tale of scientific resistance by a relentless physician and whistleblower who stood up to power. What the Eyes Don’t See is the personal story of how Dr. Mona Hanna-Attisha—accompanied by an idiosyncratic team of researchers, parents, friends, and community leaders—proved that Flint’s kids were exposed to lead despite the state’s assurance that the water was safe. Paced like a scientific thriller, Dr. Mona’s new book shows how misguided austerity policies, the withdrawal of democratic government, and callous bureaucratic indifference placed an entire city at risk. Named one of Time magazine’s 100 Most Influential People in the World in 2016, Dr. Mona will visit ALOUD to share her journey as an Iraqi-American immigrant, doctor, scientist, and mother whose family’s activist roots sparked her pursuit of justice—a fight for the children of Flint that she continues today. 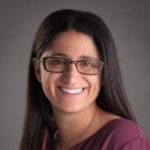 First generation Iraqi immigrant and Detroit-raised pediatrician Mona Hanna-Attisha is the whistleblower who exposed the dangerous levels of lead in Flint, Michigan’s drinking water after testing blood lead levels in its children. Dr. Hanna-Attisha announced her research findings to the national press and then took further action, including founding the Flint Child Health and Development Fund, which has raised millions of dollars to date. Dr. Hanna-Attisha, MD, MPH, is director of the pediatrics residency at the Hurley Medical Center in Flint, Michigan and an assistant professor at Michigan State University College of Human Medicine, where she leads Hurley Children’s Hospital Public Health Initiative, an innovative program and model public health program to research, monitor, and mitigate the impact of the Flint Water Crisis and help all Flint children grow up healthy and strong. In 2016, TIME Magazine named Dr. Hanna-Attisha one of the 100 most influential people in the world. 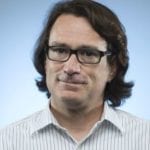 Geoffrey Mohan joined the Los Angeles Times in 2001 from Newsday, where he was the Latin America bureau chief in Mexico City. He started off here as a state wide roamer, detoured to cover the Afghanistan and Iraq wars and was part of the team that won the Pulitzer Prize for coverage of the California wildfires in 2003. He served as an editor on the metro and foreign desks before returning to reporting on science in 2013. Now he’s coming full circle, roaming the state in search of stories about farming and food.

What the Eyes Don’t See/Photos

What the Eyes Don’t See: A Story of Crisis, Resistance, and Hope in an American City by Mona Hanna-Attisha [HARDCOVER] – $28.00