Music scholar and native Angeleno Josh Kun has always been interested in how communities and cultures interact, so working with the Los Angeles Public Library’s sheet music collection was a perfect trajectory of his studies. Guided by Emma Roberts, Librarian III in the Art, Music, and Recreation/Rare Books department, Kun and graduate student Inna Arzumanova, along with a team of five undergraduate students from U.S.C., spent many Saturdays examining box after box of the archive. Here Kun takes us through the extensive research process that eventually evolved into Songs in the Key of Los Angeles.

What did you expect to find in the Library’s sheet music collection before you actually began to “mine” it?

Kun: I went into the collection literally knowing nothing about what was in there. I didn’t yet know it would be a project about Los Angeles, but then I started noticing all of these Southern California songs and I realized they were adding up to something singular that could tell a remarkable story on the shaping of Los Angeles.

How did you approach building the historical context surrounding this music?

Kun: Very little had been written about the sheet music industry in Southern California and the publishers, so we did a lot of digging into early L.A. historical archives to try to piece together these stories. We had to figure out how to contextualize sheet music in the myths and power plays of the building of early Los Angeles, which there is a lot of scholarship on, for example, the history of tourism. But we also wanted to position sheet music in the history of Mexican-American life and African-American life in Southern California, both of which we found many songs that spoke to these histories.

The book contains many voices beyond the musicians—talk about the community you involved in assembling this history.

Kun: I wanted to make sure we had essays that explored some of the many facets this collection represents, so I reached out to experts I knew in particular areas. We’ve got an essay on the history of graphic design and graphic art in relation to sheet music; an essay on African-American music in Los Angeles; an essay that focuses on the dominance of women on covers of sheet music. 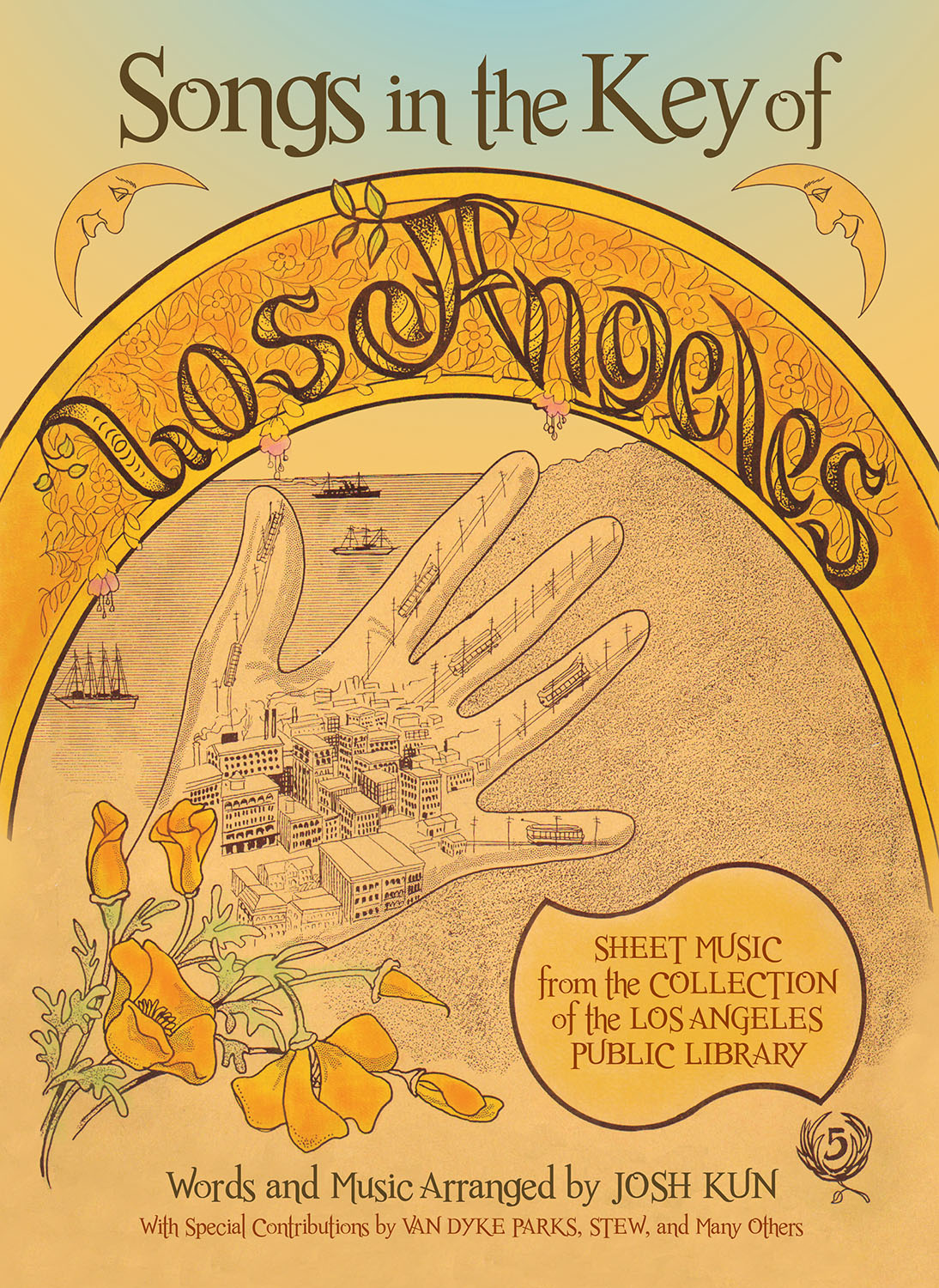 What was one of the most interesting things you learned about the history of L.A. through your research?

Kun: One of the earliest pieces we found was a piece of music for a traditional Mexican song called “Chiapanecas.” This was usually an instrumental folk song, but the sheet music had newly written English lyrics. The sheet music cover also had a photograph of a restaurant on Olvera Street and used the song to promote the restaurant by saying, ‘Come here to hear this song.’ It was a great example of how sheet music was used to promote local businesses.

The book explores the huge role of sheet music in advertisement and how music was used to persuade people to move to L.A. What was this impact?

Kun: A large part of the sheet music in the collection is from the early 20th century period. We’ve seen lots of scholarship about how the tourist industry and railroad industry and chamber of commerce advertised to get people to move here, but we’ve seen very little about music’s role in that story. A lot of these songs read like the ultimate booster pop song: ‘Come to Los Angeles where it’s always sunny.’ Over and over again, we found songs that said, ‘Here, you’ll find love.’ Many of the songs were part of the larger constellation of business interests in Los Angeles by using popular culture to inspire people in other parts of the country to come here.

Most people associate L.A. with the film industry, not the music industry. What was the dynamic between these two industries?

Kun: People associate the early influence of music with the east coast and New York, and they don’t think about it in Los Angeles. Instead they think about Hollywood as the prominent industry of L.A. But Southern California music grew alongside Hollywood and often the two industries were very symbiotic. When people think about the music industry in L.A. they often think about it starting in the 1940s with the rise to prominence of the record company—major and independent—and the expanding market for recordings. But the surprise for me was finding how many sheet music publishers were in L.A. before that time, and how much sheet music was circulating in music stores and at the Los Angeles Public Library.

You could take sheet music and go play piano in the rehearsal rooms at the Library in the early days. Or you could check out the sheet music and take it home to play on the piano or ukulele. Or professional musicians would borrow the sheet music to perform on stage. Sheet music was before the phonograph, vinyl record, CD and MP3, and it was the foundation of the music industry. Songs would only become popular if people could get the sheet music. There was a real presence of sheet music in Los Angeles during that time that hasn’t really been documented anywhere.

What do you hope this book teaches us about this time and place?

Kun: The collection has reinforced for me that everyday people use music everyday. They use it in their personal and domestic lives. Songs are things people use to make sense of the world and make sense of our city and who we are. This sheet music collection is a great example of not just a historical archive, but an archive of use. These songs lived in people’s lives and houses and it mattered to them. I hope the collection shines a light on the relationship between the things we use and the city we live in.

Learn more about all the ways to take part in the Songs in the Key of Los Angeles, including the recent opening of the exhibit at the Central Library, the upcoming ALOUD program featuring a conversation between Kun and members of Quetzal, and an upcoming Grand Performances.