The Heritage:
Black Athletes, a Divided America, and the Politics of Patriotism

For most of the twentieth century, politics and sports were as separate as church and state. Today, with the transformation of a fueled American patriotism, sports and politics have become increasingly more entwined. However, as sports journalist Howard Bryant explores in his new book, this has always been more complicated for black athletes, who from the start, were committing a political act simply by being on the field. Bryant’s new book The Heritage traces the influences of the radical politics of black athletes over the last 60 years, starting with such trailblazers like Paul Robeson, Jackie Robinson, Muhammad Ali, as well as Tommie Smith and John Carlos —the track stars who 50 years ago this summer made world history for raising their fists with bowed heads while receiving the gold and bronze medals at the 1968 Olympics in Mexico City. This peaceful protest instantaneously became a historical symbol of the fight for human rights, although the athletes faced a severe backlash. In a timely conversation moderated by Dr. Todd Boyd, Bryant and Carlos will discuss the collision of sports and political culture, kneeling for the national anthem, and the fervent rise of the athlete-activist. 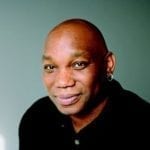 Howard Bryant is the author of Shut Out: A Story of Race and Baseball in Boston, which was a finalist for the Society for American Baseball Research’s 2003 Seymour Medal, and Juicing the Game: Drugs, Power, and the Fight for the Soul of Major League Baseball. He is a senior writer for ESPN.com and ESPN the Magazine; appears regularly on ESPN’s The Sports Reporters, ESPN First Take, and Outside the Lines; and serves as sports correspondent for NPR’s Weekend Edition Saturday. He lives in western Massachusetts. 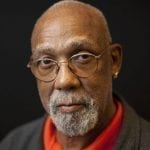 Dr. John Carlos is a medaled USA Track and Field Hall of Fame athlete and Olympian. Competing in the 200 meters, Carlos earned the Gold in the 1967 Pan American Games, and the Bronze in the 1968 Olympics. He also led San Jose State to its first NCAA championship in 1969 with victories in the 100 and 330, and as a member of the 4×110 –yard relay. Dr. Carlos made world history during the 1968 Olympics in Mexico City when he took to the international stage during the medal ceremony to accept the Bronze medal at the Olympic podium wearing black socks without shoes to represent impoverished people, and raised a black-gloved fist to reflect the strength of the human spirit. This historical symbol of the fight for human rights was condemned by the International Olympic Committee, who suspended Carlos and his teammate Tommie Smith from the U.S. team. Since then, Carlos went on to play in the NFL and has been a counselor, supervisor and track and field coach at Palm Springs High School. Together with author Dave Zirin, he authored the book The John Carlos Story: The Sports Moment That Changed the World. 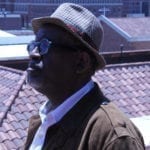 Dr. Todd Boyd, a.k.a. Notorious Ph.D., is the Katherine & Frank Price Endowed Chair for the Study of Race and Popular Culture and Professor of Cinema and Media Studies at the University of Southern California School of Cinematic Arts. A media commentator, author, producer, consultant and scholar, Dr. Boyd is an intellectual and creative force who transcends boundaries and defies conventional categorization. In the immediate aftermath of the 1992 L.A. riots Dr. Boyd arrived at USC and began developing a new field of study centered around hip hop culture. His pioneering work would make connections across film, music, television, sports, fashion, art, and politics, establishing him as a preeminent expert and distinctly authoritative voice on the role of culture in American society.

The Heritage: Black Athletes, a Divided America, and the Politics of Patriotism 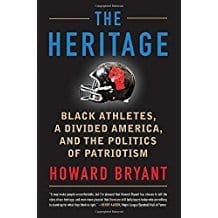 The Heritage: Black Athletes, a Divided America, and the Politics of Patriotism by Howard Bryant [HARDCOVER] – $26.95 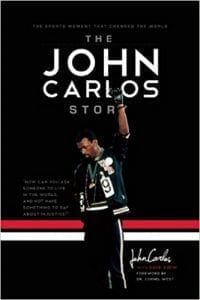 The John Carlos Story: The Sports Moment That Changed the World by John Carlos [PAPERBACK] – $15.95