In honor of Cesar Chavez Day and The Crusades of Cesar Chavez, the just-released biography by Pulitzer Prize-winning journalist Miriam Pawel, ALOUD will be hosting a program celebrating the famed civil rights leader whose work has impacted the lives of millions across the world, including many artists who have been inspired to tell his story. On April 1 at ALOUD, biographer Pawel will be joined by renowned playwright and director Luis Valdez (Zoot Suit, La Bamba, and Teatro Campesino, which has been in continuous operation since 1965 when it was founded on the Delano Grape Strike picket lines of Cesar Chavez’s United Farmworkers Union as a means to educate and empower workers). Pawel and Valdez will share their perspectives on the crusades of this unlikely American hero who ignited one of the great social movements of our time. As we get ready for this special evening, here’s a look into the Library’s archives at the myriad ways Chavez’s story has touched us.

Actor, filmmaker, and activist Diego Luna visited ALOUD last year to discuss how storytelling can act as an agent for social change. Watch the program above or listen to the podcast. And keep an eye out in theatres for Luna’s latest feature, Cesar Chavez, which is now playing.

The Union of their Dreams: Power, Hope and Struggle in Cesar Chavez’s Farm Worker Movement

In 2010 at ALOUD, Miriam Pawel discussed the rise of the United Farm Workers during the heady days of civil rights struggles, the antiwar movement, and 60s and 70s student activism. Listen to the podcast.

The Los Angeles Public Library has an incredible collection of photos documenting Chavez’s activism around the city.

Members of the Jewish Labor Committee participate in the renaming ceremony for Brooklyn Avenue to become César E. Chávez Avenue in Boyle Heights. The committee was asked to support the changing demographics of the neighborhood by the Labor Council for Latin American Advancement. 1994.

And of course, many related books for all ages, including Spanish language books, are available at the Los Angeles Public Library: 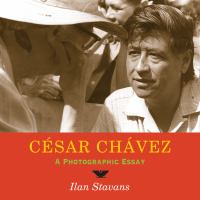 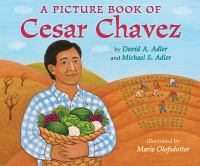 Learn more about the upcoming ALOUD program and make your free reservation here. And remember the Los Angeles Public Library will be closed on Monday, March 31 in observance of Cesar Chavez Day.