Over a century ago, the city fathers of Los Angeles imagined that one day their gritty frontier town would become California’s major metropolitan hub. In order to position its status as a progressive, prosperous community, Los Angeles would first need a Union Station. For decades the fathers fought the railroads to build the station, and when they finally agreed, the railroad planners examined issues of economic growth, urban expansion, and transportation logistics that continue to shape the Los Angeles we know today.

On May 2, a new exhibit marking the 75th anniversary of Union Station opens at the Central Library. No Further West is the first exhibition to examine the significance of this architectural and civic landmark. Featuring stunning historic drawings from the Getty Research Institute that have never been shared with the public, the exhibit will showcase original renderings by John and Donald B. Parkinson, the father-son architectural team who designed this gateway to the West. Photographs of trains, depots, the original Chinatown that was razed to make way for Union Station and the grand three-day opening ceremony will be on display along with maps and ephemera—much of which is from The Huntington Library. Rare books from the Los Angeles Public Library’s collection will be on hand to tell the story of Union Station’s past—highlighting the immense Spanish Fantasy influences. 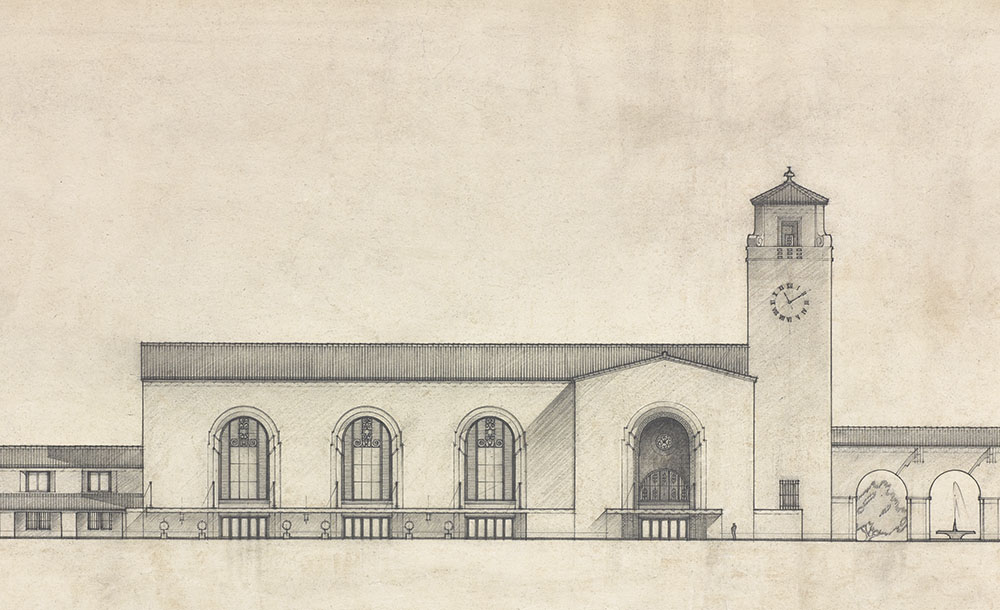 “Union Station has this interesting tension of looking back and looking forward,” says Marlyn Musicant, the senior exhibitions coordinator at the Getty Research Institute who is curating No Further West. She explains how at the time the aesthetic of the station’s Mission Revival appearance juxtaposed with the modern trains that were very much about the promise of the machine age. Continuing to look ahead to the future, author and critic Greg Goldin will curate a section of the exhibit featuring vision plans that architects have recently proposed for Union Station in 2050. 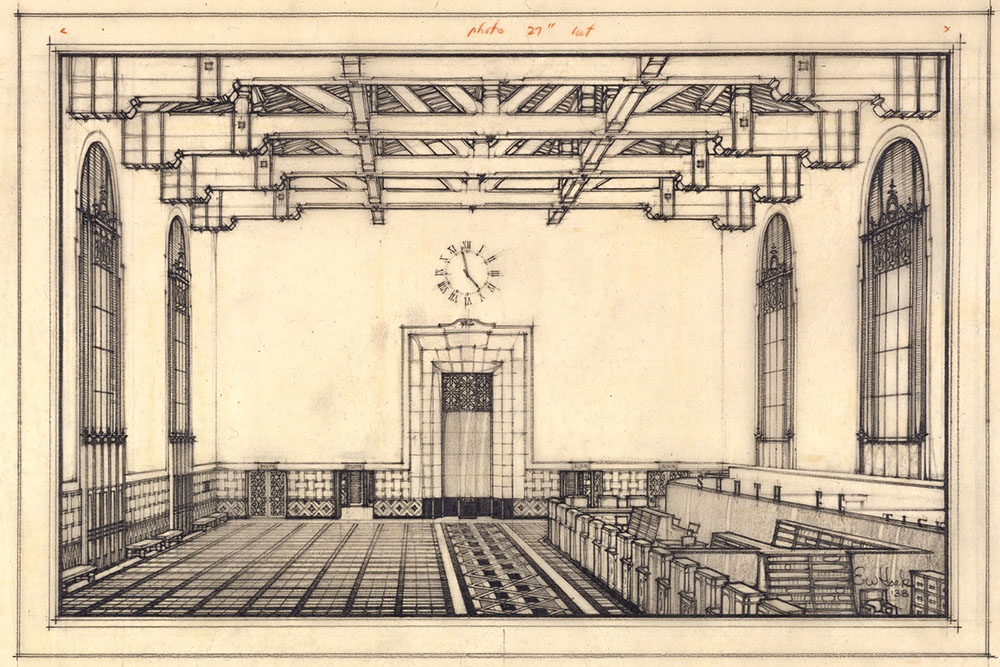 The Los Angeles Public Library, which was built during the same era and less than two miles away from Union Station, presented the perfect venue for this very L.A. story. “At a time when there is a resurgence of activity in downtown L.A.—especially the historic core—and an increasing interest in expanding our rail system, it’s fitting to celebrate this beautiful landmark within the walls of another of the city’s treasured buildings,” says Musicant. 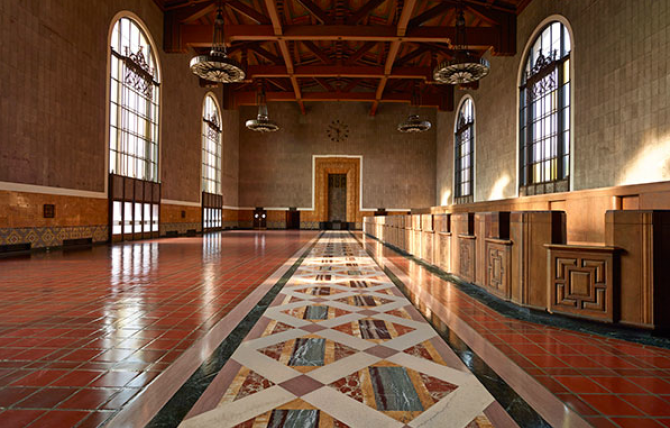 The exhibit is free and open to the public during regular library hours at the Central Library’s Getty Gallery through August 10. A series of related events will be held in conjunction with the exhibit, including changing displays of model trains by various train clubs on selected dates:

On May 29, ALOUD will be hosting a special panel on No Further West—members of the Union Station Master Plan team, an architectural historian (and exhibition curator), and the vice-president of the Chinese Historical Society of Southern California—will discuss the history of this architectural icon and share visions for its future. Make your free reservation to the ALOUD program here.

Learn more about the exhibit and other special events at the Library.